While there’s been extensive talk about the environmental considerations of food manufacturing and packaging in the last 20 years, these conversations have often focused on the carbon emissions and energy usage of food plants.

However, since 2016, the world has come to realise the environmental impact of plastics.

Sian Sutherland, co-founder of the group A Plastic Planet, stated that, “for decades shoppers have been sold the lie that we can't live without plastic in food and drink. A plastic-free aisle dispels all that". 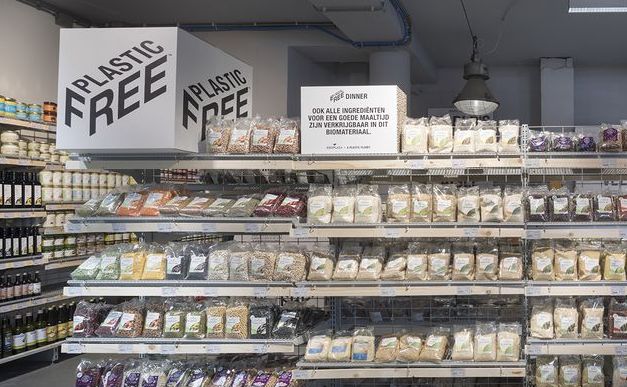 With that, the gauntlet has been thrown, and more supermarkets will likely follow the plastic-free trend in coming months and years.

With that in mind, food manufacturers will need to rethink their food packaging materials to maximise their product’s market penetration in years to come.

Fortunately for food manufacturers, this will not change their existing processes too significantly as it’s simply the material that changes.

After all, a nut processing plant that swaps out plastic packaging for biopolymer alternatives won’t find that their packing and palletizing robot stops handling the product because the material has changed.

However, making the change to sustainable packaging isn’t quite as simple as it sounds. The problem with plastics isn’t a new realisation in the materials industry, so there are various alternatives available.

From chicken feather plastics to liquid wood, there are numerous experimental biodegradable alternatives to plastic, but which are we most likely to see in wide usage in the next few years?

Glass has been a staple of the bottling industry for years, but plastic bottles have risen in popularity in the past few decades. While the price difference was initially the main driver for many manufacturers considering switching to plastics, it’s likely we’ll see industry shift back to glass in the coming years. 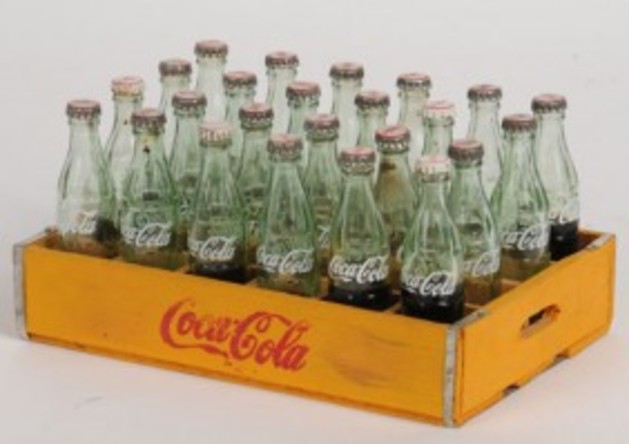 Glass is advantageous because it is endlessly recyclable, meaning that it can be used, recycled and recovered repeatedly without a loss in quality or purity. This is in stark contrast to plastics, where the material fibers shorten with repeated recycling and become ineffective and unusable.

With glass bottles, there’s also an element of consumer appeal. When global beverage brand Coca Cola brought back its glass bottles in 2014, it enjoyed an increase in sales.

According to the labor force survey, one third of European households only have a single occupant. This isn’t specific to European nations either; the US has experienced an increase in single person households since the 1920s. That’s why single-serve portions and ready meals have grown in popularity, bringing with them a rise in microwaveable plastic packaging.

As a replacement for these plastic trays, food manufacturers can instead turn to aluminum. Like glass, aluminum is endlessly recyclable and its sustainability means it has a low cost of legislative compliance. Effectively, swapping to aluminum allows food manufacturers to remain as competitive as they were with plastics.

In addition to this, aluminum is also suitable for use with most microwave ovens. While there are some issues with models designed prior to 1960, modern appliances can safely heat products in aluminum containers as long as food is handled sensibly by consumers. Aluminum tray manufacturer ADVANTA includes a useful guide to microwaving aluminum on its website.

While aluminum and glass are effective alternatives, some manufacturers will still require the malleability of plastics for their packaging. That’s why materials scientists have been actively developing biopolymer alternatives to serve as sustainable and safely biodegradable plastics.

Most of these originate in by-products of other industries. Liquid wood is derived from lignin, a waste product created in paper processing, while other bioplastics are known to use casein from dairy production or keratin derived from chicken feathers from poultry farms. But by far the most popular are plant-based polymers, typically from sugarcane or potato starch.

The latter produces a material known as polylactic acid (PLA), which has many of the same properties as plastic but degrades far faster when exposed to nature, sometimes in as little as six months. Since the starch replaces the petroleum in the PLA, it produces less harmful chemicals during degradation.

The launch of a plastic-free aisle reflects a wider consumer appetite to reduce the footprint and environmental impact of their food. To remain competitive in the future, food and beverage manufacturers should consider the same things.

Woolworths Group’s commitment to Scope 1 and 2 greenhouse gas emissions reductions by 2030 has been endorsed by the UN-backed Science-Based Targets initiative (SBTi).

Following its supermarket debut in Drakes stores in August, v2food has now expanded its product range to consumers, striking a deal with Woolworths to roll out in 600 stores nationwide.

Lyre’s Non-Alcoholic Spirit Co. secured $16 million in growth capital from its completed seed round funding, the most material investment on record for the category.