Coca-Cola in the UK has created an ad made entirely out of its 100 per cent recyclable packaging.

Love Story, created by Ogilvy and Mather Berlin, tells the story of two bottles who fall in love as they meet over and over again after being disposed of properly and recycled into new bottles. 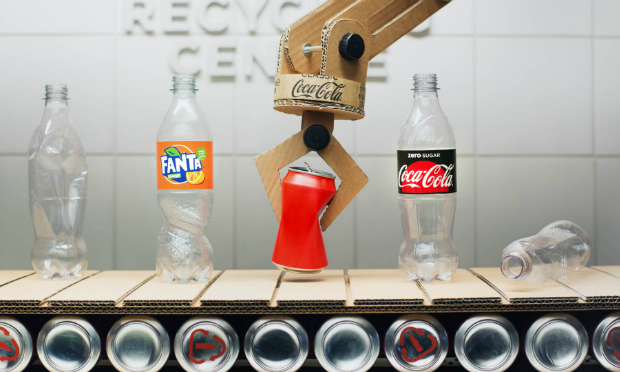 The entire set was made entirely out of recyclable material – mainly Coca-Cola packaging. It was created by Berlin-based duo Cris Wiegandt and Lacy Barry, who used more than 1500 Coca-Cola, Fanta, Sprite, Smartwater and Honest bottles and cans during production.

The campaign will communicate its message about recycling to 35 million Britons by the end of this year.

The new ad (below) is part of Coca-Cola Great Britain’s new sustainable packaging strategy, which aims to recover all its packaging and increase recycled PET in bottles from 25 per cent to 50 per cent by 2020.