Astra Zeneca announced the latest investment in London at a meeting between AstraZeneca chief executive officer Pascal Soriot and the Hon. Malcolm Turnbull during his visit to the UK.

The investment bucks the trend of pharmaceutical manufacturers offshoring production, and will boost international exports from the North Ryde site to $2.4 billion, while creating 60 jobs at the facility.

The site is a dedicated facility for the production of Pulmicort Respules, an asthma medication produced for markets such as China, where there are an estimated 30 million asthma sufferers.

Morgan told PKN the project will add three new lines, increasing production capacity by 210 million units per year, and will also include installation of a new centralised end-of-line solution for palletising.

It is predicted that by 2025, AstraZeneca’s site will be producing over one billion respules.

"The machinery is a credit to Australian engineering excellence, and its performance can be attributed to our workforce, who achieve significant increases in productivity and efficiency out of the machines,” Morgan said.

Morgan said Astra Zeneca has already invested $105 million in the plant over the last five years.

All the production lines machinery in the North Ryde facility is the result of AstraZeneca’s collaboration with Melbourne-based machine designer Andrew Donald Design Engineering (ADDE).

ADDE managing director Barry Hendy said the project is already underway, and builds on the engineering and design work ADDE has already completed on the existing eight production lines, each built from scratch to AstraZeneca’s custom design specification.

"The new centralised palletising system we're designing and building will increase efficiency significantly," Hendy said. "It includes installing a ring conveyor around the entire production facility, which will feed finished cases to the warehouse, to a centrased, automated palletising station."

"The palletising station will include seven UR10 collaborative robots (cobots)," Hendy said. (ADDE is one of the Australian distributors for cobot specialist Universal Robots).

Other robotic automation in the plant will include the first Australian installation of ABB Scara robots in the finishing line.

Hendy said ADDE is working with Denipro on the conveying solution, and with Swisslog for the automated guided vehicles for the warehouse.

The new production lines will take a team of 36 people over 12 months to produce, with a projected completion date for plant commissioning as third quarter 2020. 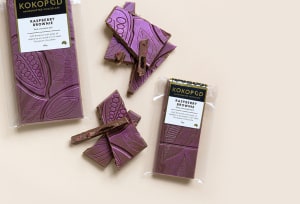