Jet Technologies has launched a new anti-microbial protective film that can be used for various print and packaging applications, including indirect contact food packaging. The film is effective for 10 years, regardless of how many people come into contact with the product.

The SteriLam film is based on Silver-ion technology, which is the invisible and odourless ingredient called Biomaser.

According to Jet Technologies, it can inhibit the growth of microbes by up to 99.9 per cent, and can protect against bacteria, fungi, and moulds including antibiotic-resistant bacteria such as Staphylococcus aureus (MRSA) and Vancomycin-resistant Enterococcus (VRE). Sterifilm is durable and does not wear off or leach out.

Jet Technologies director Jack Malki said the films can be used in a wide range of applications, with greatest benefit in areas where people may be more susceptible to bacteria, including high traffic locations such as supermarkets.

“Now more than ever before, the cleanliness of products, equipment and the things we commonly come into contact with at work and at home is at the forefront of peoples’ minds,” Malki said.

The Biomaster ingredient used in SteriLam is tested to ISO standards and ongoing quality control tests and environmental trials are undertaken. It is also compatible with a product’s recyclability. 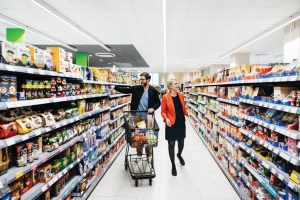 The impact of COVID-19 on consumers' dietary habits can be seen in changes to purchases and spent, research company IBISWorld says.

Marley Spoon upgraded its FY20 guidance to at least 70 per cent revenue growth up from its previous 30 per cent forecast as it delivered its half yearly results. 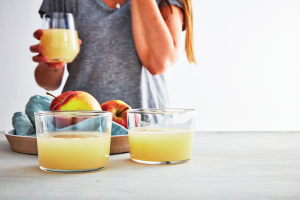