The Taylors received the award from prime minister Scott Morrison at the Ethnic Business Awards gala dinner, where the couple was commended for their entrepreneurship, personal dedication, global economic success, their contribution to the Australian economy, and to the community through their extensive philanthropic work.

Alf and Nadia are themselves migrants, both arriving in Australia in 1966, Alf coming from Scotland, Nadia from Eygpt. They started tna in 1982, and now have 600 staff working for the company around the world, a third of them in Australia.

Established in 1988, the Ethnic Business Awards are one of Australia's longest running business awards and were founded to recognise and reward the contribution of migrants to the Australian economy.

“We are honoured to have won such a prestigious award,” said Nadia Taylor. “When we first arrived in Australia, neither of us would have ever imagined that we would eventually turn our dream of owning our own business into a reality.

...cultural diversity is a real asset to Australia, we feel honoured to be part of this special group of visionaries.

“We feel incredibly lucky to be one of Australia's many migrant success stories, and are grateful for the opportunities this country has offered us. There are so many phenomenal and innovative businesses out there that would have never been possible without the sheer dedication and determination of people from all parts of the worlds. All of them are proof that cultural diversity is a real asset to Australia, we feel honoured to be part of this special group of visionaries.”

The Taylor's business, tna, changed the snack food industry through its invention of the world's first high-speed rotary vertical form fill and seal (VFFS) packaging system. The company has since grown from Australian packaging pioneer into a global leader of food processing and packaging solutions with four manufacturing plants around the world, and 30 sales and support offices. It has 14,000 systems installed in 120 countries. Speaking to PKN Packaging News last week at the opening of the company's new $8m Australian manufacturing centre  Alf Taylor revealed he has a $1bn sales target. 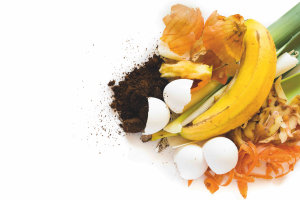