Refillable pouches made from recycled plastic, and refillable rigid containers made from ocean plastics, are the packaging centrepieces at the heart of a new project that aims to remove single-use plastic from 14,000 Australian households in twelve months. Founder of Zero Co Mike Smith speaks to PKN about the hurdles he’s jumped to get this off the ground.

That this is not Mike Smith’s first entrepreneurial rodeo is evident from the get-go when he calls me back within five minutes of my interview request: this is a guy who knows that every YES counts, that it’s important to seize opportunities when they come your way, to be nimble and move fast. And his enthusiasm is infectious, not just down the telephone line but in his Kickstarter video too – which, as I start to write this, has attracted 3634 backers pledging $403,891.

So let’s get to the back story… and then to the pack story.

The idea for Zero Co took form while Mike Smith and his partner Alyssa Carter were on an 18-month trekking and camping expedition around the world. Their main takeaway from the experience was that some of the most beautiful and remote parts of the world were marred by masses of plastic waste.

When Smith returned to Australia ready to start his next business (this is his fourth in 15 years, he tells me, and he’s experienced both euphoric success and humbling failure along the way), he found he was still consumed by his concern about the plastic waste problem he had witnessed. He took this as a sign and the work began.

His ideas for Zero Co took form as a business plan quickly, and in August last year he started knocking on doors.

“For any start-up, the biggest challenge is getting people to buy into the idea,” Smith says. “I pitched to every VC fund, private equity group, incubator program I knew; I approached organisations in the environmental field… I was knocked back over one hundred times,” Smith says.

Nobody thought it was a good idea, Smith relates, they couldn’t get their head around the size and the scope of the project. Until he approached Rob Chapman, ex-CEO of St George Bank, a director on various boards including Coopers Brewery, and suddenly the doors opened. Chapman was the first investor in the project, and other senior executives followed suit, with a number of them now on Zero Co’s Board.

The initial $700,000 raised in this pre-seed round enabled the all-important development of the packaging concepts.

How does it work?

The premise of the Zero Co project is this: In any one household, numerous single-use plastic bottles are used for cleaning, laundry and personal care. If we could use one bottle per product, made from recycled ocean plastic, and refill that bottle with product supplied in a refillable pouch made from recycled post-industrial waste, we could, in Smith’s words, have a “real shot” at effecting a major change in the amount of single-use plastic ending up in landfill and other waste streams.

The pouches, supplied by O.F Pack, will be a first in this market, and it took some time to find a supplier willing to push the envelope with recycled plastic for a pouch application. Joe Foster, managing director of O.F Pack tells PKN: “They took some time phoning around suppliers asking if they could purchase a spout pouch made from recycled plastic films and everybody said ‘no’ or ‘too hard basket!’. They called us and my answer was ‘why not?!’. We have looked at the structure and source of plastic and are very confident we can deliver.”

Smith adds that the pouch will be manufactured from recycled post-industrial waste by O.F Pack’s partner company in China. The recycled claim will be certified and substantiated, he stresses.

The business model is e-commerce based, direct to consumer. The product is ordered online, the empty refill pouches are returned via a postage paid envelope, and the pouches are cleaned, refilled and remailed – “lather, rinse, repeat” if you like.

Design for the times

For the structural packaging design, Smith approached Andrew Simpson of Sydney-based industrial design agency Vert Design, whose “aesthetic sensibilities” Smith says he has come to trust through other projects they have collaborated on.
“He understands the technical design requirements and has good instincts when it comes to marrying form and function from a visceral perspective,” Smith says.

Simpson says that in keeping with the “honesty and difference inherent in Zero Co’s materiality and service model”, Vert had the opportunity to reflect that honesty in the design of the bottles, because they don’t need “shelf frontage”.

“Some of the forms are conceptually risky, but the product design semantics still make it clear how the product packaging is to be used," he says.

The elegant bottles have been designed to be displayed on bathroom shelves and kitchen benchtops. The pouches are designed with a matching aesthetic.

For the graphic design, Zero Co engaged Sydney agency Born & Raised. Asked to explain the design strategy, Born & Raised MD Chris Laws tells PKN that because this is a direct to consumer product and wouldn’t be fighting for attention on retail shelves, the scope of the design could lean towards a beautiful aesthetic that would blend into a bathroom or kitchen decor and allow the products to remain on display rather than be hidden under a counter.

“We chose a contemporary colour palette which would ‘live’ easily in a home,” Laws says. “The language and colour elements on pack are designed to aid the consumer in easily discerning the various products in the diverse range.

"In the on-pack messaging, we have used humour to build the brand personality on each product and make the consumer feel good about reducing their use of plastic. Even on the delivery box, which says ‘your do-goodies have arrived’.

“The graphic shapes are abstract references to ocean waste, and we have designed this in a system that is toned down on the packaging so it blends in with décor, but can be dialled up at various touchpoints along the shopper journey.”

With the packaging systems in place, and the dollars rolling in (now at $404,702, two hours into this report) what are the next steps for Zero Co?

Smith says the company is in the process of finalising the agreement with the contract manufacturer who’ll be making and filling the product in Dandeong, Victoria. A custom-designed machine that will enable in-line cleaning prior to refilling the pouches is also in the process of being built.

With 22 days to go on the Kickstarter program, and the initial target to fund production ($200,000) well and truly met, Smith says his next “big audacious goal” is to get 14,000 Australian households to support the project and in so doing remove one million single-use plastic containers from the waste stream.

Given the appetite the public seems to have for this project... [now at AU$ 404,920 and counting...] it might not be as audacious as he thinks. 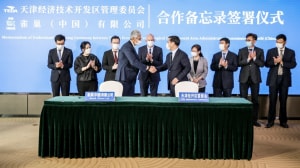 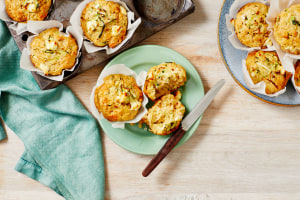