In this year’s budget, Treasurer Josh Frydenberg announced a $35bn programme designed to help beleaguered businesses, including those in the packaging industry, get back on their feet following the Covid-19 pandemic.

Among a raft of measures the government will deliver is an instant asset write-off. Almost all businesses will be able to claim the full value of any investment in equipment.

Businesses will also be able to write off losses from last year, this year, and next year back into previous profitable years.

And, businesses will have 50 per cent of the wages of apprentices paid, as well as a subsidy on the wages of other young people. Small business will also benefit from simplified GST, fringe benefit tax exemptions, many other cuts in red tape, and free mental health support.

However, the printing and packaging industries missed out on being one of the six manufacturing sectors named by the government in its $1.3bn special assistance package. But recycling was included in one of these sectors – read more detailed coverage of the recycling aspect of the budget here.

The 2020 Budget sees the conservative government ripping up its fiscal ideology under the sheer weight of economic devastation brought on by the Covid-19 pandemic. The national debt is expected to nudge a trillion dollars as a result.

All up, the government is spending $98bn to kickstart the economy, with the $26.7bn instant asset write-off the biggest part of that. Businesses will benefit directly from the business-boosting aspect of the budget.

The government said the plan should deliver economic growth next year of 4.75 per cent, more than compensating for the expected 3.75 per cent decrease this year. However, those figures are based on a vaccine being widely available next year, with national and international borders being re-opened as a result. A successful vaccine arriving in that timeframe is far from certain.

The carry-back losses plan will cost the government $4.9bn. This plan means that losses, which could normally only be carried forward against future profits, can now be claimed against past profits; Frydenberg said, “these are not normal times”.

“They cannot wait for years for the tax system to catch up,” the treasurer said.

“Companies that have been doing it tough through the crisis will be able to use their losses earlier.”

New apprentices taken on by printers will have half their wages, up to $7000 a quarter, paid by the government.

Small business owners will also be able to receive “free, tailored and accessible” mental health support through the Beyond Blue NewAccess programme, which is receiving a significant boost in funding.

“Wage and apprentice subsidies provided in the new JobMaker package are a boon for SMEs facing a risky, unpredictable, and still volatile market,” he said.

“The apprentice employment subsidies may fill a much-needed weakness in filling print training roles that the PVCA has been highlighting to government for some time.

“Also, supporting mental health is critical and welcome. PVCA has seen significant use of our 1800 mental health line provided all print and packaging industry, and the trend lines show this anonymised traffic increasing.” 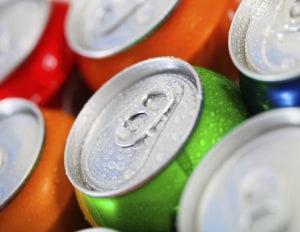 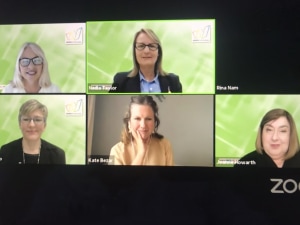