Orora achieved increased underlying earnings before interest and tax (EBIT) in all its businesses in the first half, on sales that rose 3 per cent in constant currency terms in the six months to December 31.

Underlying net profit after tax (NPAT) before significant items was $91.1m, up 18.9 per cent on the prior corresponding period (pcp). Orora Australasia delivered underlying EBIT of $86.1m for the period, a 4.2 per cent increase on the pcp.

CEO Brian Lowe said Orora is now looking at expanding its Beverage business into North America, although he said it has no immediate plans to make a move, but was actively considering it, given the success of Beverages in Australasia, and Orora's existing presence in the territory.

Orora North America EBIT was US$39m, up 12.7 per cent compared to the pcp, while EBIT margins expanded to 3.9 per cent. North American sales revenue was 2 per cent higher, up to US$993m.

Brian Lowe attributed the increase in underlying EBIT to “disciplined execution against our revised strategy”.

Lowe said, “In Australasia, Orora’s market leading Beverage business continued its track record of earnings growth. The earnings improvement was predominantly driven by strong volumes across Cans and Closures. Volume gains were partially offset by an unfavourable mix in Cans and Glass, driven by an increase in at home consumption and ongoing higher energy and insurance costs."

Orora expects second half FY21 EBIT to be negatively impacted by lower wine bottle exports to China, and the smaller 2020 wine vintage. Full year EBIT is expected to be broadly in line with FY20.

Lowe said that wine made up two thirds of the Orora glass market, with beer and other beverages making up the other third. He said that the company was working with brands on new opportunities.

In North America, constant currency earnings were higher for both Orora Packaging Solutions (OPS) and Orora Visual (OV), following increased sales force effectiveness and a strong focus on cost control measures. OPS returned to revenue growth and, said Lowe, "is well positioned in a growing and diverse customer market". He said the impact of COVID-19 in North America was materially greater than that felt in Australasia, with many retailers remaining closed, negatively impacting OV revenue for the period.

Lowe said, “Orora’s strong cash flow capability, combined with the strength of its balance sheet, continues to provide the Company with operating and strategic flexibility to invest in innovation, as well as organic and new growth opportunities that deliver long term, sustainable value."

Commenting on the second half Lowe said, “As previously communicated, the focus is on leveraging the Australasian Beverage capabilities via exploring footprint expansion and complementary products and services. A preliminary assessment of international Beverage footprint expansion is underway, and we continue to actively assess and invest in our future requirements to meet customer and consumer needs. To this end, we have completed the rebuild of the G2 glass furnace at Gawler, we are increasing recycled content in glass, and we have commenced expansion into slim cans at Revesby."

Commenting on its overseas activities Lowe said, “In respect of North America, new leadership is steering both OPS and OV in a positive direction and is aligned to our revised strategy and strategic priorites. OPS is entering the second phase of our strategy as we position the business for sustainable growth. We will review the strategic direction of OV by the end of calendar year 2021.”

Lowe said the public's increasing aversion to plastic was resulting in momemtum for cans, and to a smaller extent to glass. He said the trend to slim cans would continue, and was benefical to Orora as the margins it could achieve were higher. However, he said Covid had caused a switch back to standard 375ml cans, due to home consumption, rather than the worker or commuter consumption. Orora can production is "flat out" according to Lowe. 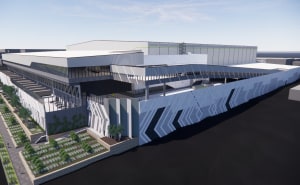 Woolworths Group has announced a new $400 million distribution centre at Wetherill Park in western Sydney as it flags several significant pre-tax items that will impact its full-year results. 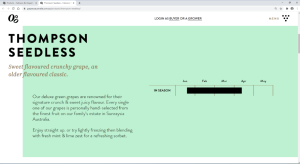 Sunraysia-based table grape traders Grape Co Australia has been penalised around $35,000 by the ACCC following notices the company made false or misleading claims about its grape origins. 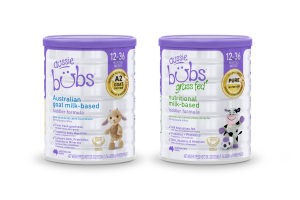 Bubs to launch onto Walmart online

Bubs Australia will launch into the US formula market in September, with its first two products soon to be available on the Walmart e-commerce platform.