In time for Australia Day, Arnott's has launched a new range of Tim Tams with packaging printed by Amcor Flexibles using thermochromic ink containing pigments, which activate with a change in temperature.

Products in the new Tim Tam range – the result of a collaboration with chilled treat expert Gelato Messina – are best served like the gelato that inspired them: chilled. And Arnott's is using the novel packaging to reinforce the message, as Hannes Keyser, Program Manager - Packaging Development, told PKN.

He explains that the well recognised Tim Tam logo has been replaced with the words Chill Me, and the temperature sensitive packaging that the treats are wrapped in transforms when chilled to below 8 degrees Celsius (after about four hours in the fridge).

The writing turns from white...

This is the second time Arnott's has collaborated with Gelato Messina, but its first foray into temperature sensitive packaging.

Keyser says: "The film, printed by Amcor Flexibles, consists of two layers, which the thermochromic ink is sandwiched between, together with the other colours."

"Amcor and the Arnott’s development team executed numerous trials to ensure all technical requirements and quality measures were met," he says, noting that some proprietary techniques have been applied which can't be shared.

"The idea for this packaging came from the food proposition," Keyser adds. "The Tim Tam by Gelato Messina range is gelato-inspired, and has been designed to be enjoyed chilled from the fridge. The packaging was created to support this messaging – both in changing colour and changing the Tim Tam logo – while also bringing some excitement and fun to the consumer." 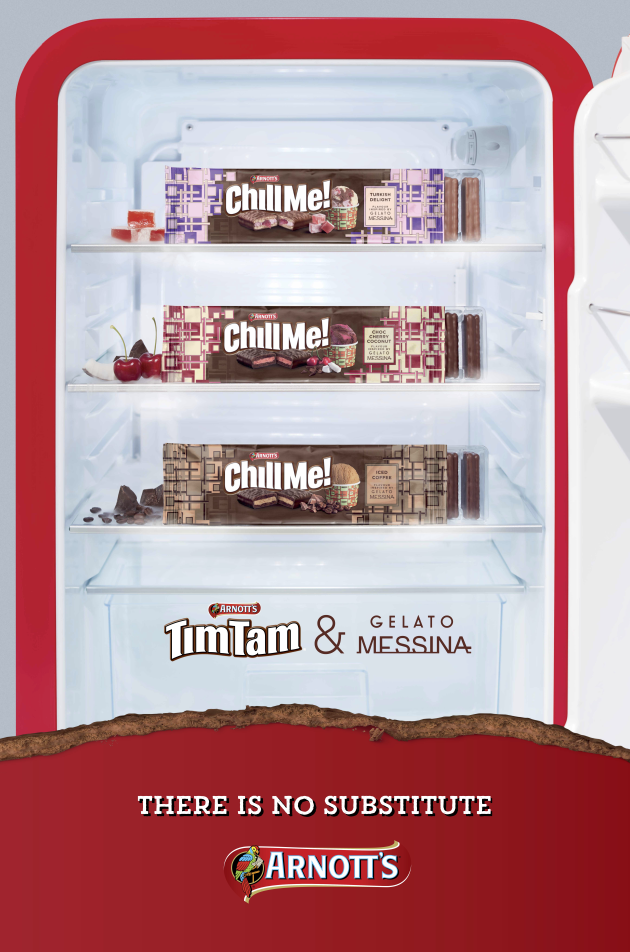 What better way to whet your appetite for the year ahead that an informative, interesting and insightful read of the latest - and first for 2020 - edition of Food & Drink Business.

Corporate Knights’ Global 100 ranking of the most sustainable corporations has been released this week, with only three food and beverage producers making the list.