TMHA product manager warehouse equipment Michael Marks said he expects the Toyota LPE200B electric pallet jack to be more attractive to many customers. “It's an entry-level version and as such will be more competitively priced," he said.

“It will appeal to customers who don't need all the available options and who would prefer a more standardised unit for a lower price-point.”

He said the models are more alike than dissimilar. “The LPE200 and the new LPE200B are essentially the same machines, having all the standard equipment and usual TMHA service and support.

“The only difference is that the 200B comes as-is; there are fewer additional options available for it. If that's what a customer wants then of course we still have the LPE200, which can be configured with all available options.”

Marks said another advantage of the 200B is a reduction in lead-times. "We can keep them readily in stock because we know there's no need to change their configuration," he said.

“It's pretty standard to have a factory lead-time if you've ordered a customisable LPE200, but with the LPE200B we will be holding stock. And that's nationally.

“So, there's a substantial speed-to-market benefit for customers; they can get their machine shuttling pallets, faster.”

Both models are built by Toyota Material Handling in Sweden.

“TMH Sweden employs the same exacting Toyota Production System used internationally, so you are assured the same high levels of QDR - a cornerstone of our Toyota Advantage - with the new model,” Marks said.

“The LPE200B is a price-point machine, but its productivity, reliability and safety aren't compromised.” 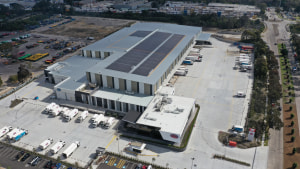 The Australian Competition & Consumer Commission has announced its investigation into Woolworths Group’s proposed acquisition of a 65 per cent shareholding in PFD Food Services, including its 26 freehold properties used as distribution centres.

The Australian Food and Grocery Council (AFGC) has released a specialised guide for food and beverage manufacturers looking to export to Indonesia. 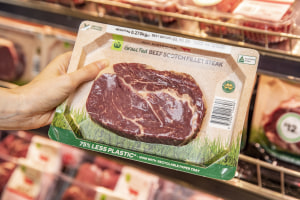