Investindustrial, an investment group, has inked an agreement to acquire a majority stake in packaging and processing machinery and automated line designer and manufacturer Della Toffola.

The brothers Vittorio, Francesco and Luciano Della Toffola, who are the current sole shareholders, will remain minority shareholders, owning 26.5 per cent of the company jointly, with Investindustrial owning the remaining 73.5 per cent.

Della Toffola is headquartered outside of Rome. It operates eight industrial plants and nine commercial branches, including one in Australia.

President of the Investindustrial advisory board Andrea C. Bonomi said Della Toffola has a strong sectoral leadership position due to the development of its cutting-edge technologies carried out with several acquisitions.

“Della Toffola is the typical high-quality company in which Investindustrial invests, with significant plans to further strengthen the group’s market share in the vertical s currently served, the continuation of its international expansion and the entrance into new sectors,” he said.

Della Toffola chairman Vittorio Della Toffola said this is a significant moment for the growth of the company, which was founded by his father 60 years ago.

“With the investment of Investindustrial, our expansion and internationalisation projects will be strengthened and promoted, continuing the path that my brothers and I have pursued over the last years,” he said.

“Members of the third and fourth generation of the Della Toffola family are active in the company, and we are delighted to support our new partner in the industrial value-creation project that will strengthen the group further.”

The future is bright for Della Toffola Pacific. The 2020-2021 year is already well placed with many exciting new projects in build and on track for installation into the Australian and New Zealand markets.

Della Toffola Pacific managing director Paul Baggio said much has changed in the global wine industry since the company’s humble beginnings in Treviso Italy and the trajectory since has been bold and ferocious.

“It is now 20 years since my personal journey started with Della Toffola, a somewhat smaller part of the path set by patriarch Giacomo Della Toffola back in 1958,” he said.

“It is fitting that the second-generation patriarchs, now aged in their mid-70s to early-80s take the ambitious step to partner with one of Europe’s most dynamic private investment groups, Investindustrial. The news this week that Investindustrial has put its significant financial muscle towards partnering with Della Toffola sets the stage for a new period of growth and development at Della Toffola and for its subsidiary businesses such as Della Toffola Pacific.

“The engineering expertise, along with much that currently is employed in respects to the business development leadership driven by the third generation Della Toffola family remains in place, as most certainly will be my personal significant equity position in Della Toffola Pacific,” Baggio said.

He went on to say the expansion over the past 20 years for Della Toffola Pacific into the wine and beverage, processing and packaging space – be it in Australia and New Zealand – has been from its own simple beginnings, an exciting and well-deserved story of success.

“We are excited by this latest development; it brings the opportunity of greater resources and a strategic partner well versed in navigating new levels of business development and expansion,” he said.

“The future is bright for Della Toffola Pacific. The 2020-2021 year is already well placed with many exciting new projects in build and on track for installation into the Australian and New Zealand markets. The design and construction of a new larger scaled winery for Tasmania by one of Australia’s most iconic winemakers, along with investment into new processing technologies for each the Australian and turnkey winery developments for Marlborough, are just some of the exciting projects the team at Della Toffola Pacific are currently leading.” 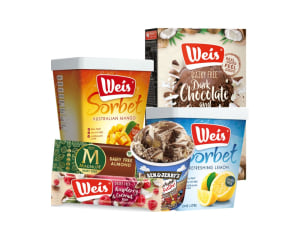 Unilever has released its Future Foods initiative, outlining commitments to a healthier and more sustainable global food system. At its centre is a $1.63bn sales target for plant-based meat and dairy alternatives within the next five to seven years. 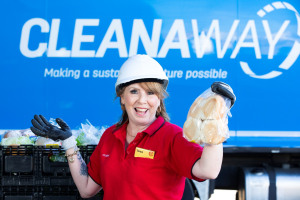 Coles and waste and recycling services company Cleanaway have launched an organics recovery facility in Brisbane to convert food waste into nutrient-rich compost, the first of its kind in Queensland. 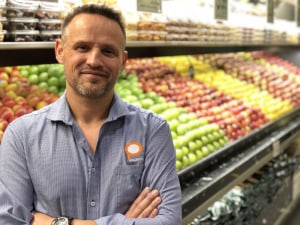 Most of the world’s food is travelling thousands of kilometres through a complex distribution network often hidden from plain sight that’s leaving suppliers in the dark and consumers with inconsistent quality.