February 1 is US advertising’s event of the year, the Super Bowl. A-B InBev has booked seven 30 second ad units (210 seconds) for this year’s game, down slightly from its 240 seconds last year, but by far the biggest spend of all Super Bowl advertisers. It also has exclusive beer advertising rights for the game. Bud Light will run a 90 second spot called Coin, that continues last year’s Up for Whatever theme, in which a Bud Light fan heads out for an epic night filled with 80s "old school" fun and games, that includes a (real) human-size Pac-Man maze that has been built in downtown Los Angeles.

…And just in case, Bud Light’s Perfect Beer For Whatever Happens, doesn’t get across with all of the above, A-B InBev is scrolling 100 different messages onto Bud Light bottle labels. The first run of unique Up For Whatever bottles, released during Super Bowl week, will have more than 47 different messages.  The new Bud Light bottles retain the existing Bud Light logo and colours, but each one will include a phrase that promotes the brand as the "perfect beer" for various exploits.

Alex Lambrecht, Bud Light brand vie president, explained, "These Up for Whatever messages on Bud Light bottles are going to play a key role in practically everything we do in 2015. They'll be strongly connected to our Super Bowl program -- the Bud Light House of Whatever -- as well as the programs that come after that. With the launch of these bottles, we're just getting started." [The House of Whatever, located in a hotel in Phoenix, will host concerts and parties during Super Bowl week.]

The new bottles will feature in experiential campaigns throughout the year. A-B InBev plans to sell custom bottles at festivals and sporting events that suggest to drinkers to have a go at an off the wall exploit. A bottle sold at a concert might suggest that Bud Light is "the perfect beer for getting back stage," for example. The bottle would also include specific instructions guiding the drinker to meet a specific security guard who would then take the person backstage. 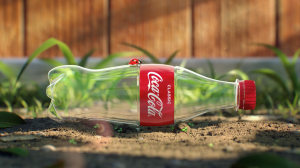 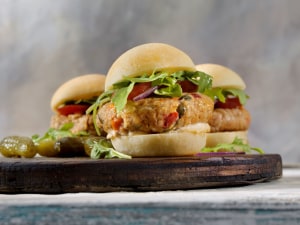