As demand for local manufacturing and increased productivity continues to surge, some manufacturers are grappling with an ongoing issue: a shortage of skilled labour. Cobots can step into the breach.

Universal Robots, a leading developer of cobot technology, says one of the top challenges faced by manufacturers remains the gap between demand and the availability of workers who have experience as robot operators, engineers, programmers, and maintenance technicians to keep factories running.

Research by RMIT and Deloitte Access Economics indicates that Australia is in the grip of a skills gap, which could cost the economy $10 billion in growth over the next four years.

First introduced more than a decade ago, cobots were designed to help increase productivity and efficiencies. Rather than replacing human workers, they’re being used as a means to add value and work alongside humans.

James McKew, regional director for Universal Robots APAC, says that while in the past, cobots and industrial robots have come up against resistance by their human counterparts, today, they’re being widely embraced by the workforce.

“Important to remember is that Australia and New Zealand have some of the highest labour rates in the world, so naturally, optimising processes and using skilled labour where they are most valuable makes sense,” McKew explains.

“While some are still of the opinion that automation is costing jobs, automation is in fact creating jobs and enhancing productivity.

“Sought after skills are hard to come by, especially when factoring in emigration and the price tags associated with local labour.”

He adds that cobots are one of the easiest forms of automation to deploy.

“They help reduce the skills gap because your existing employers can program, operate, and maintain them with no previous experience,” adds McKew.

“The out-of-the-box experience for an untrained operator to unpack a cobot, mount it, and program the first simple task is typically less than an hour.”

Rather than taking jobs away, McKew believes that cobots allow employers to focus on more meaningful tasks that will deliver greater value to the business and its bottom line.

“Factoring Covid lockdowns and restrictions into the equation, cobots can be used in areas where social distancing and lockdowns continue to hamper productivity.”

McKew believes the skills shrinks if you can reduce your need for outside integration resources or trained internal experts. In terms of deploying cobots, McKew also believes that almost anyone can do it.

“Once they’ve mastered the basics, your employees are ready to implement advanced cobot applications in the future.

“Experienced employees can use information on the Universal Robots support website to add sophisticated programming and interfaces to meet specific application needs.” 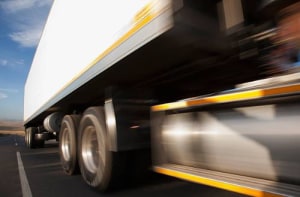 The start of 2022 saw around 40 per cent of the supply chain and supermarket workforce sick or in close contact isolation. As the country grew increasingly alarmed at product shortages and empty supermarket shelves, calls for the federal government to provide nationally consistent rules gained intensity. 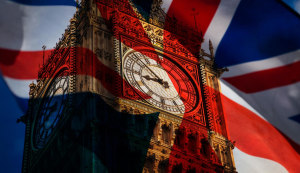 The new Australia/UK Free Trade Agreement will remove more than 99 per cent of tariffs on goods being exported to the UK over the next 10 years.

An agreement over a licencing dispute, a positive financial year, and consolidation of two class actions is moving Noumi, formally Freedom Foods Group (FFG), further from its annus horribilis in 2020.