Pact Group and Cleanaway's proposed joint project to build a new plastic recycling plant in WA has attracted funding support from the Recycling Modernisation Fund and the WA government. The plant will trade as Circular Plastics Australia (WA).

“We want to thank Minister Ley and the federal government for the establishment of the Recycling Modernisation Fund – they have shown great support and leadership by enabling the creation of world-class infrastructure to manage the local processing of Australia’s waste,” Sanjay Dayal, Pact CEO, said.

“I would also like to thank Minister Dawson and the WA government for their support towards this project.

“We are proud to be given the opportunity to build this facility in WA and offer much needed employment as our economy rebounds from the impact of COVID-19.”

If it's approved by all parties, the plant will be the second facility under the collaboration between Pact and Cleanaway, which was established in 2020. The first, which is set to become the country’s largest facility for PET recycling, is currently under construction in Albury.

The proposed plant in WA will see over 17,000 tonnes of kerbside plastic waste processed into nearly 14,000 tonnes of resin and polymer flake, which will be used to making packaging for food, household, and industrial products.

“I congratulate the McGowan government for the vision shown by implementing their container return scheme where consumers can return clean and high-quality source-separated plastic to be locally recycled,” said Vik Bansal, Cleanaway CEO and managing director.

“This new facility for plastic will recycle the containers collected through the container return scheme and Cleanaway’s new material recovery facility, creating a local circular economy in WA.

“We’re proud that Cleanaway’s Footprint 2025 strategy has reached a point where we’re not only providing the right infrastructure for resource recovery but extending the value-chain to ensure that material is optimised for recycling into new products.”

The proposal is for the facility to be operational in the first half of 2022. The project is expected to create over 50 new jobs in the area. 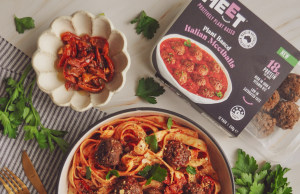